Employers required to maintain injury and illness records were to submit their 2017 annual summary of workplace injury and illnesses, Occupational Safety and Health Administration (OSHA) 300A Form, by July 1, 2018. This includes hospitals and other healthcare facilities with over 250 employees. OSHA had expected an estimated 460,192 employers to file the 300A Form by the July 1 date; however only 248,884 had filed by August 3, a month after the actual deadline. Possible reasons to explain this 54% response rate include:

OSHA experienced similarly low electronic submissions last December (2017) when the first reporting of the 300A by employers was due. OSHA found that nearly one-third of expected employers failed to submit the 300A Form. In response, OSHA announced it would engage in greater outreach to inform and educate employers of their mandatory obligation to submit the 300A Form. OSHA has also indicated it would conduct a mass mailing outreach to employers who did not submit their 300A forms to inform them of their obligations under the regulation.

Please be aware that employers who are required to submit their 300A Forms but have failed to do so are subject to a citation and a penalty until January 1, 2019, which is the duration of the six-month statute of limitation for OSHA to issue such citations. 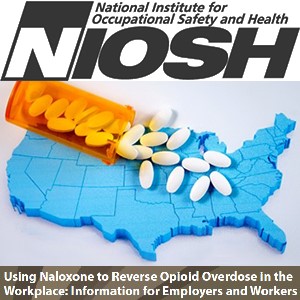 Opioid overdoses are increasing in the workplace, with the Bureau of Labor Statistics finding that between 2013 and 2016, overdose deaths from non-medical use of drugs and alcohol increased by 38 percent annually. In response to this trend, the National Institute for Occupational Safety and Health (NIOSH) has released a new fact sheet, Using Naloxone to Reverse Opioid Overdose in the Workplace. It provides a series of steps for employers to consider when deciding whether to make the overdose reversal medication available in the workplace. For more information, see the news release. When implementing a naloxone program, employers are reminded of their responsibilities under the Occupational Safety and Health Act to provide their employees with a safe and healthful workplace. 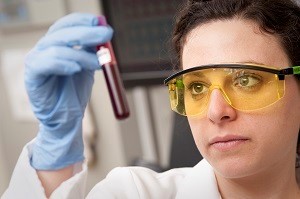 OSHA issued a memorandum clarifying the agency’s position that its rule prohibiting employer retaliation against employees for reporting work-related injuries or illnesses does not prohibit workplace safety incentive programs or post-incident drug testing. The department believes that many employers who implement safety incentive programs and/or conduct post-incident drug testing do so to promote workplace safety and health. Action taken under a safety incentive program or post-incident drug testing policy would only violate OSHA’s anti-retaliation rule if the employer took the action to penalize an employee for reporting a work-related injury or illness rather than for the legitimate purpose of promoting workplace safety and health. For more information, see the memorandum.

As of October 16, and for the next 12 months, federal OSHA will be conducting comprehensive, wall-to-wall inspections, either a safety or a health inspection – or both, based on certain employers’ electronic filing in 2017 of their 2016 OSHA 300A Annual Summary forms. These programmed inspections apply to non-construction workplaces – including hospitals and long-term care facilities with 20 or more employees that OSHA selects from among what it calls High-Rate and Low-Rate Establishments.

The SST-16 indicates that “OSHA will create inspection lists of establishments with elevated Days Away, Restricted or Transferred (DART) rate, together with a random sample of establishments that did not provide the required 2016 Form 300A data to OSHA.” The inspection cycles are generated using software that randomly selects the establishments from among those that fall into the categories above. According to OSHA, the purpose of including non-responding employers on the inspection list is to deter employers from failing to report their injury and illness information to avoid inspection. Similarly, OSHA will select a sample of low DART rate establishments to verify the reliability of the 300A data being submitted to the agency. The scope of the inspection will be comprehensive, and not simply limited to recordkeeping practices or potentially hazardous areas or operations that caused an elevated DART rate. Employers who have received a comprehensive safety or health inspection within 36 months of the creation of the SST-16 inspection list will not be inspected again.

If you are in a state with its own OSHA program, your state-run program will have until April 16, 2019, to either adopt the federal OSHA SST inspection plan or to implement their own targeting policies and procedures.

Although employers can prepare to some extent for an OSHA visit when they self-report fatalities, hospitalizations, and amputations, SST inspections are unannounced and random. OSHA has not described in its new directive how an employer can determine whether its DART rate is high enough to make it a High-Rate Establishment subject to such comprehensive inspections. The best advice is that if your healthcare facilities’ DART rate is above the national average for your North American Industry Classification System (NAICS) code, assume that you are subject to, and therefore be prepared for, a comprehensive SST inspection. Most healthcare systems will fall under the NAICS Code 622110 and can be viewed by accessing the NAICS Main Page at https://www.census.gov/eos/www/naics/index.html.

Comprehensive inspections generally consume significant time and resources of the target facility and have historically resulted in substantial citations and financial penalties. Employers that submitted 2016 Form 300A data should compare their establishments’ DART rates with their industry’s average to determine whether they will be subject to targeted inspections. The Bureau of Labor Statistics (BLS) provides several online resources, such as the Incidence Rate Calculator and Comparison Tool. Remember and beware that OSHA also intends to inspect a random sample of establishments with low DART rates “[t]o verify the reliability of the Form 300A data reported to OSHA.” All employers must remain vigilant in maintaining compliance with all applicable OSHA standards.

In the SST-16, OSHA clearly lays out how the agency plans to use the injury and illness data it now electronically collects from employers. Given the tangible impact the data will have on programmed OSHA inspections, employers are advised to take a proactive approach to monitor and address patterns in their injury and illness rates and should take care to ensure they are submitting accurate records to OSHA. As a practical matter, you should probably just do the right thing and get in compliance now so that you do not have to worry about whether your workplace is on a targeted list.

OSHA penalties for other-than-serious, serious and failure to abate violations increased by $319 from $12,615 per violation to $12,934 per violation. The penalty for willful and repeat violations increased from $126,749 to $129,336, an increase of $2,587. The new penalty increase became effective January 2, 2018 and will apply to any citations issued from that date through the remainder of 2018.

The 2018 maximum penalties are as follows:

The penalty increase applies to Federal OSHA states; however, OSHA expects that states operating their own occupational safety and health program will align penalty structures with Federal OSHA so that such programs are equally effective as Federal OSHA. 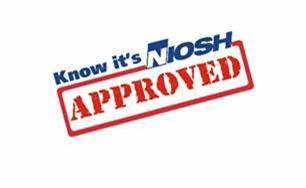 NIOSH is pleased to release three NEW fact sheets that answer some of your most frequently asked questions about respiratory protection.

A new study in The Journal of the American Medical Association: Internal Medicine reports that primary care physicians prescribe longer durations of antibiotics for sinus infections than clinical practice guidelines recommend. In addition, more than 20% of antibiotic prescriptions for sinus infections were for five days of azithromycin, even though guidelines recommend against prescribing azithromycin because of high rates of existing resistance to this drug and others in its class. Traffic deaths are on the rise; 35,092 people died on our nation’s roads in 2016, an increase of eight percent and the greatest year-over-year increase in 50 years. There are many factors contributing to this issue, including a rise in distracted driving (smartphones and gadgets), higher road congestion and less experienced drivers. For more information visit…

In compliance with the 21st Century Cures Act of 2016, the U.S. Food and Drug Administration (FDA) published a list of reusable medical devices that must include validated instructions for use with their 510(k) premarket notification, as well as validation data regarding cleaning, disinfection and sterilization. These devices, which the FDA believes have the greatest risk of infection transmission if not adequately reprocessed, include many types of scopes and accessories, water-based heater-cooler systems and automated reprocessors for reusable devices. The FDA notice also includes a list of design features which may pose a challenge to adequate reprocessing. Compliance with the new 510(k) requirements is effective August 8, 2017. Read the FDA notice.

OSHA is proposing to delay the 2017 compliance date for electronic submissions of injury and illness logs from July 1 to December 1. The five-month delay will allow the agency to further review the final rule to Improve Tracking of Workplace Injuries and Illnesses. Read the news release for information on submitting comments on the proposed deadline extension. Comments are due July 13.